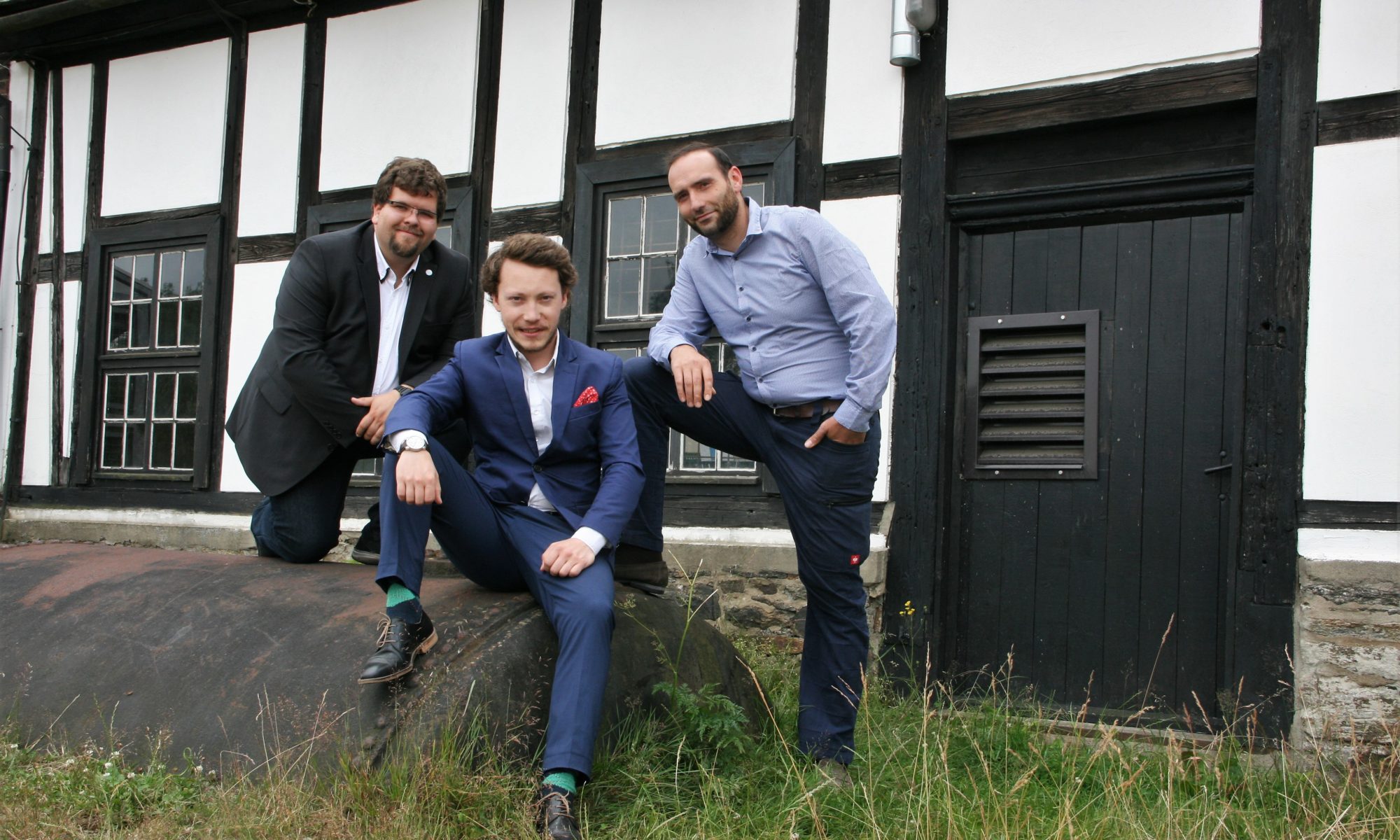 We want to use the chance to introduce our team to you. Please refer to the icons in the upper left corner of the opened profile to contact the person. Furthermore you use our contact form.

Management and Product Development
New ideas always blossom when it’s already hard to stay on top of things. After finishing his studies in glass, ceramics and building materials technology at the TU Bergakademie Freiberg, Sanny dedicated himself to the bringing his ideas to life. Less than six months after graduating, he filed his first patent application. He currently supervises tasks associated with the CompactChart’s development and prepares its manufacturing. On top of that, he heads and runs the CompactSolutions GmbH. 2011, while still enrolled, he set up his own event support business. Since 2013, Noah and he run a garage rental in Freiberg. His entrepreneurial background and understanding of the tools of the trade come in handy when collaborating with his colleagues to develop and subsequently sell a market-ripe CompactChart. We are eagerly looking forward to more of his thoughts and ideas…

He advises us high and low, asks the crucial questions, and always thinks a step ahead. As our In-house Consultant Noah isn’t knee-deep involved, yet, despite his stay abroad in Denmark, we always ”feel” his presence.

Noah has supported the idea of the mobile flipchart from the start. His prior connection to Sanny allowed him to jump aboard early on; he helped develop the business model and lay groundwork for the foundation of the company. While studying economic sciences in Halle, he met Marwin and suggested him to Sanny as their hitherto third team member. The chemistry was right and Noah handed over his place as an active team member to Marwin. Since early 2019, after Noah finished his studies, he is now the fourth active team member in Freiberg.

Noah has an outstandingly prudent and calm personality, two traits which make him a suitable moderator during difficult meetings and aid him to negotiate compromises. Moreover, he actively participates in the drafting of contracts with partners and give PR suggestions.

Owing to his studies in Strategic Entrepreneurship in Denmark, he offers interesting stimuli and a different perspective on the organization and structure of a Start-Up.

IT, backoffice and logistics

A Start-Up without IT? – Impossible! Tobias is the right man for the job. With his project and public relations background, he has been pulling the strings in the backoffice since the summer of 2017. He tackles all problems he stumbles upon in his charming and maverick way, be it a laborious homepage, project organization or one of menial, everyday office crunches. He completed his studies in industrial archaeology at the TU Bergakademie Freiberg in the summer of 2018 and complements the team with his interdisciplinary nature, openness, and ability to communicate effectively. Tobias met Sanny while both were enrolled at the Bergakademie. In conjunction with Noah, they gave the idea of the mobile flipchart a leg up.

Tobias’ voluntary work in many different projects and committees beyond the Bergakademie taught him how to approach complex tasks and to complete his work in an orderly fashion. Even the organisation of larger projects won’t give him a headache.

He takes difficult tasks as a challenge not an obstacle.